Hitomi plays a lingerie saleswoman who goes door to door selling her wares. Hitomi has a secret technique she uses to make her sales – live demonstration. Hitomi not only wears the lingerie for the unsuspecting guy to see, but also shows him what it would be like to do sexual things while the woman wears it. The video features a variety of lingerie in a variety of scenes whether she’s getting the guy off with a paizuri, having some fun in the shower, or just fucking his brains out. The video has a runtime of 2.5 hours.

Hitomi looks fantastic in the lingerie. As much as I love Hitomi and her huge tits, there’s something special about seeing tits like that concealed by lingerie. I already know what they look like an just how massive they are, but the lingerie just looked incredible. Now, some of the lingerie was better than others, particularly the black/red one in the first scene and the black fishnet one in the fourth scene. I found the lingerie didn’t really do as much for me when it exposed her breasts all the same. I did appreciate the number of times she had stockings on, definitely love seeing stockings to spice things up a bit. Hitomi herself also looks incredible as always, though I tend to always think that.

The theme was pretty typical fare for this content but it was also still very enjoyable. I liked the idea of some separate scenes where she had to introduce herself again and set the stage. Seeing her take off her trench coat to expose her lingerie was quite enjoyable as setup for a scene. Even in the very first scene, Hitomi is seen taking off her clothes to expose her lingerie underneath, and changes into new lingerie as it extends into the second scene. I did feel the theme was a bit weaker in later scenes where this disappeared, but that honestly didn’t really matter. The theme was ultimately centered around her wearing the lingerie and her being a saleswoman was more of a way to provide some background context than anything truly relevant to the video. They had different lingerie in each scene and a variety of those that did and didn’t expose her breasts. This theme definitely isn’t one of my favourite themes but I still managed to enjoy it. I do think that I enjoyed this video more than similar ones simply because of how enjoyable I find Hitomi’s huge boobs in her lingerie.

The sex looked absolutely incredible here. Clothed paizuri is one of my favourite things to watch and Hitomi does a good amount of it here. The first scene has exclusively clothed paizuri and there’s another scene in the shower where they soap up and then do a clothed paizuri. There’s actually a moment where she jiggles her boobs in that scene that’s perhaps the hottest thing I’ve ever seen from a clothed paizuri. The actual intercourse scenes were all filled with plenty of great action. Lots of good cowgirl, doggy, and missionary in all three of the sex scenes. It’s also worth noting that Hitomi takes some creampies for good measure. I also enjoyed that they put a sex scene as the second one rather than cram it all into the end videos often do. The final scene also had Hitomi oiled up, and while there are plenty of bigger fans of oil than I am, my god does she look amazing in doggy with her ass all shiny. 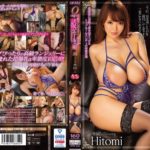 PRED-339 Minami Hatsukawa “Even If We Commit Infidelity, No One Will Ever Find Out, Right ?” Review

Hi there, my name is Aika. Welcome to my Blog where you can get all the latest insider about the JAV industry from and so much more.